LIVING NEAR A PARK IN THE CENTRE OF UTRECHT!

Claver Real Estate has transformed the former school building into a high-quality residential building with a new wing at the Curaçaostraat. In the new building, the kindergarten ‘Aspelin’ is located on the ground floor and on the 1st floor. The other spaces, both in the new and the old building, are filled with a total of 35 studios and lofts. 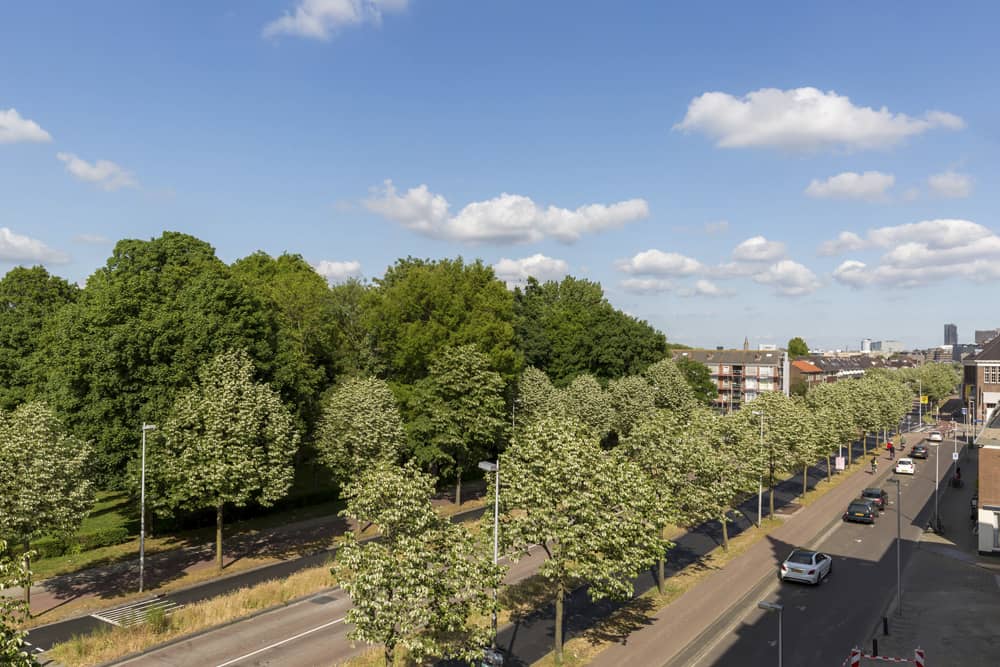 A magnificent VIEW witH lots of green AREAS FROM RESIDENCE ’T VLEUTERHUYS.

There are mainly residential properties in the area. The Lombok district forms a unity with its surroundings and the contemporary culture of the district is very recognisable. Urban renewal projects took place in the 1970s and 1980s. In the meantime, several urban developments and renovations are again underway in the district.

For Lombok and its surroundings, the proximity of the city centre is an important aspect. Many people consciously choose to live in this part of Lombok because of the proximity of the city centre with its range of conveniences. Characteristic for the district is the number of young people between 25 and 34 years of age who live there and a comparatively low number of older people. Many students have settled on the south part of the Vleutenseweg, and there are many one and two-person households.

Lombok and its surroundings have an attractive housing stock for (wealthy) starters on the housing market and less wealthy people in the form of rental houses. It has a living environment that is attractive for people who want to live close to the city centre. The houses are generally small. Approximately 35% of the houses are single-family houses at ground level. The rest of the houses are upstairs and downstairs apartments.

The green areas in the immediate vicinity of the plan area consists of city-owned trees as part of the lay out of the public road. The trees in the public space have been retained as well as a number of trees on the back side. On the other side of the road, you can walk straight into the Majella park. The former schoolyard has been embellished with new plants.

In the vicinity, there are all kinds of local bars and shops. A stone’s throw away is Buurten in the Fabriek, where you can enjoy lunch or a cup of coffee on the waterfront. Also, you are 5 minutes away from Hoog Catharijne shopping centre and 10 minutes away from the Oude Gracht canal by bike.

Are you interested in a luxury rental house in Residence ’t Vleuterhuys?
Please feel free to contact one of our rental agents without obligation.